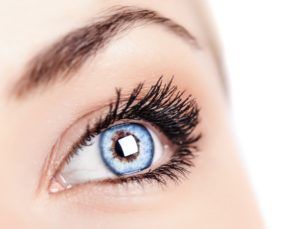 The Talk Show business on American television is extremely competitive and demanding in every conceivable way. It is a field that allows for very little space for women, and even fewer women of color. In such a challenging scenario, talk show host, anchor and producer Julie Chen is an outstanding exception. Julie is of Chinese descent, and married to the President and CEO of CBS. But even a woman of her stature became embroiled in a controversy for something as innocuous as her eyes!

Julie, the host of The Talk and Big Brother TV shows, decided to undergo a double eyelid surgery or Asian blepharoplasty last year due to professional pressure. She in fact gained in popularity with her bigger and more attractive looking eyes after the procedure. However, once she released this news in public, it created an unseemly public controversy. The media and social network users labeled it as a race issue, blaming Julie for trying to “Americanize” her appearance. So what?

Son Kim is a Korean American who has been living in Los Angeles for over 10 years. She received breast augmentation plastic surgery treatment from Dr. Eugene Kim, and has been thrilled with her body ever since she got the treatment. Dr. Eugene Kim produced the desired results, which made Son Kim look and feel 10 years younger than her age.

She consulted several plastic surgeons of Asian descent in Beverly Hills, and finally chose to receive treatment from Dr. Eugene Kim, whom she saw as the perfect fit for what she envisioned in a plastic surgeon. Dr. Kim was attentive and sensitive to her aesthetic needs, and ensured that the procedure achieved the results to meet those needs and expectations.

Once the results of breast augmentation were visible, Son Kim felt deeply happy and fell in love with her body. Her confidence levels rose significantly, and she felt proud of her being and her personality. Kim is aware of the controversy surrounding Julie Chen’s decision to go ahead with blepharoplasty for professional compulsions.

Several of her friends have also received cosmetic eyelid surgery, but their goal is not to change their ethnicity. Their face has brightened up after the surgery, and they look younger. There is nothing “Westernizing” about it at all. The goal of ethnic plastic surgery is not to look westernized, but to look prettier.

Son Kim’s cosmetic surgeon, Dr. Eugene Kim says that he does not approve of labels such as “Westernizing” when an Asian patient undergoes a facial plastic surgery procedure. He says: “As plastic surgeons, we’ve researched what people find the most aesthetically pleasing and we use surgery to achieve this ideal; however, I believe it’s really important to maintain your ethnicity. I tell patients that I am not trying to change your appearance – just enhance what you already have. In my opinion, maintaining a natural look is the best possible outcome.”

According to Dr. Kim, there is no harm in being image conscious and choosing cosmetic procedures to enhance the image. An experienced plastic surgeon will maintain the essential ethnic integrity of the patient, while delivering desirable aesthetic results.