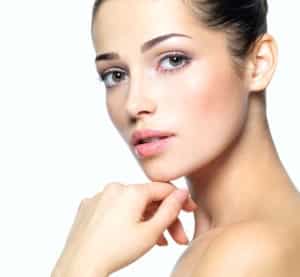 The commonly occurring problem of a deviated septum can be treated with rhinoplasty cosmetic surgery. After the surgeon diagnoses the exact nature and extent of the deviated septum, they can develop an individualized surgical plan to address it.

What is Septum Deviation?

The septum bifurcates the nasal cavity into two narrow airways that taper down from the upper part of the nose where it connects to the nostrils. The septum consists of many sections of cartilage and bone. The septum’s lower portion lies on the anterior nasal spine. This is a supportive bone that can be felt in the region where the nose links to the upper lip.

A deviated septum is the development or movement of the septum to a single side of the nasal cavity instead of separating it into two identical airways. The septum can bend in the shape of a bow leading to a C-shape or bend to one side causing an S-shape. Such types of deviated septum can obstruct airflow slowly damaging the fragile nasal tissues.

The surgeon will remodel the bony upper portions of the septum located atop the nose or the cartilage located in the lower part. The septum can also move off the anterior spine, and this condition is known as a caudal septal deviation. In case a caudal septal deviation occurs, the surgeon will correct the movement of the septum and reposition its base to the anterior nasal spine.

Certain individuals have a deviated septum since birth while others develop it because of a nasal injury. Regardless, it can lead to breathing issues. Recurring nosebleeds and facial pain can also occur due to a deviated septum. A deviated septum can only be addressed via rhinoplasty cosmetic surgery.

A septoplasty cosmetic surgery procedure typically takes between 30 to 90 minutes to perform. The actual time taken for the procedure varies according to the complexity of the deviated septum. The surgeon and patient can decide whether the surgery will be undertaken using local or general anesthesia depending on the technique that will produce optimal outcomes.

The plastic surgeon creates an incision on one region on the nose to access the septum in a standard procedure. Subsequently, the surgeon will maneuver the deviated septum to the optimal position. They will also remove obstructions such as cartilage or useless bone fragments. The last step involves the repositioning of the mucous membrane.

Septoplasty is undertaken as an outpatient procedure unless a serious complication takes place. Therefore, the patient can go home on the day of the procedure itself. The patient will experience pain and inflammation in the nose which will be packed with cotton to prevent bleeding. This cotton will be removed within one or two days following the surgery.