Can You Breastfeed After Periareolar Breast Augmentation? 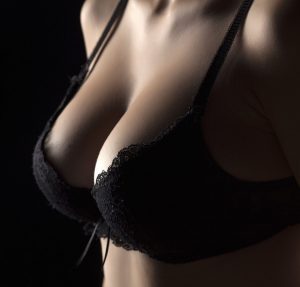 More than 300,000 women undergo breast augmentation cosmetic surgery annually in the US alone. It is an effective procedure for the right candidate, and many women only regret that they did not undergo this procedure sooner.

Most patients who receive this procedure are younger women prior to having children. Therefore, breastfeeding is a concern for a vast segment of women considering breast augmentation with implants.

Breast augmentation can be undertaken through various incisional options such as breast crease, areolar, belly button, and armpit. Many surgeons use only the areolar incision (around the pigmented portion of the nipple) or breast crease incision.

The results have been shown to be more effective with these approaches in comparison to other options. While there is no wrong choice for incision placement, some incisions allow for better control and excellent outcomes with certain surgeons.

In general, it is vital to remember that not all women can breastfeed their babies. This can occur due to various reasons, and often the specifics are unknown and unidentified until the patient attempts to feed her child. This is called “low milk supply” and may be a consequence of several underlying causes, such as:

The good news is that this occurs only in a small percentage of new mothers. Specific drugs can cause low milk supply. In rare cases, the baby may have a functional or metabolic condition that affects their ability to breastfeed.

The periareolar incision is placed in close proximity of the aerola and nipple, yet this incision type does not increase the risk of sensation loss in the nipple or the risk of breastfeeding after the procedure.

The reason for this is that the breast ducts and nerves enter the nipple from below, similar to the roots of a tree. Therefore, an experienced surgeon can avoid crucial structures located right underneath the nipple by remaining on the periphery of the areola.

Any breast-related surgery carries a risk to the underlying structure of the milk-producing system due to injury or uncontrolled scar contracture that may change the shape of the breast ducts or tubules where the milk is generated.

In general, the surgeon will take care to make sure that the procedure is undertaken in a manner such that it does not affect the ability of the patient to breastfeed.

However, scar formation is a process that occurs slowly throughout the weeks to months following the surgery. There is a small possibility that the scar will kink the ducts, which will block the milk from reaching the nipple. This occurs rarely and is not a concern for many women.

If the patient undergoes a breast lift cosmetic surgery along with the augmentation, there could be a small increase in the risk of developing breastfeeding issues due to the elimination of tissue to reshape the breasts. Fortunately, a majority of women who undergo a lift are not considering becoming pregnant in the future.